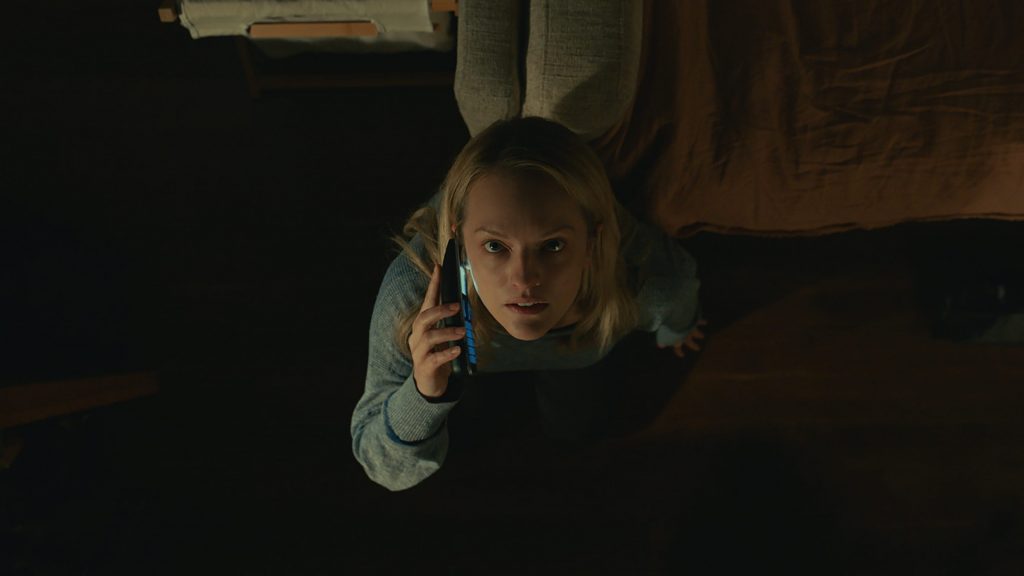 Most people who have had lived experience as a woman could attest to the occasional fantasy of invisibility. Being seen, particularly under the harsh lights of the male gaze, begins to erode girls’ self-esteem and sense of security from the time they’re in primary school. In order to counteract the vulnerability that comes with being watched, girls learn to minimise their presence, shrinking themselves by dressing a certain way, taking up less physical space and sometimes not entering public spaces. This is not just a self-imposed practice – too often, it’s behaviour recommended by police officers, politicians and fathers. This is why The Invisible Man can be an even scarier viewing experience for female audiences – Leigh Whannell has envisioned a world in which the villain of the male watcher has also appropriated the power of invisibility.

The film follows Elizabeth Moss’ Cecilia as she courageously escapes her abusive partner, Adrian Griffin, a wealthy optics engineer who we are told is a genius. When she finds out Adrian has killed himself, Cecilia is not as relieved as you might expect and her wariness confuses and annoys the people around her. As it becomes clear (to the audience and to Cecilia) that Adrian isn’t actually gone and is still trying to control Cecilia’s life, it’s difficult to get other people to believe her. This effectively mirrors the gaslighting women often experience in abusive relationships and how often women’s claims of abuse or harassment by an intimate partner are ignored and disbelieved. In essence, only our protagonist is privy to Adrian’s abusive and violent behaviour. Nobody else could possibly perceive him as a threat. It’s only when Cecilia’s friend and new housemate, a man, sees the truth that the story can move forward. 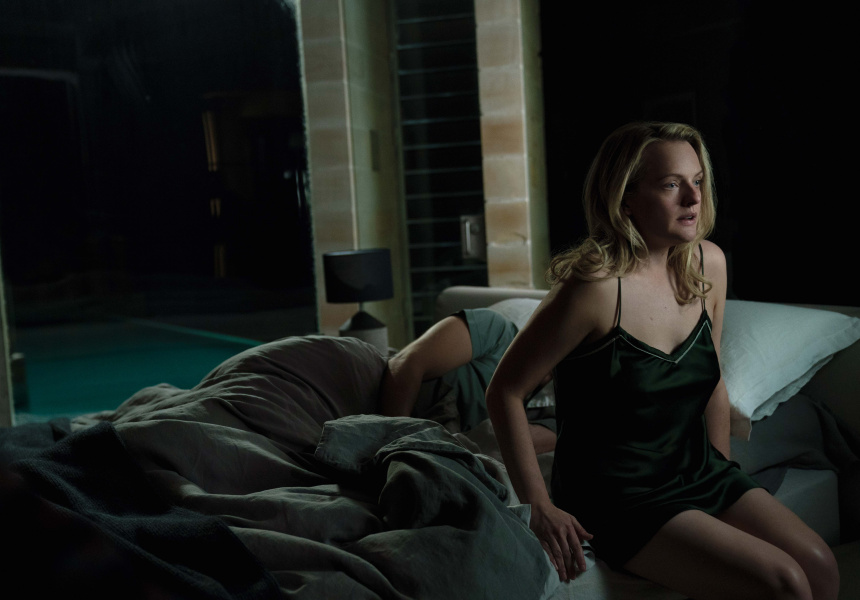 Invisibility is so powerful because being seen is one of the most vulnerable positions in which we can find ourselves. Seeing or, rather, watching, is power. Adrian’s power comes from a suit he has designed which is dotted with tiny protruding cameras. It is the ultimate phallic symbol of probing, penetrating and surveilling. Conversely, we rarely see Oliver Jackson-Cohen – the actor who plays Adrian – in the movie’s 2 hour runtime. Elisabeth Moss’ raw and affecting performance shepherds us through the story and even when the two characters share scenes we are usually witnessing events purely from her perspective as Adrian can’t be seen. While Adrian originally holds the power in the relationship, it is Cecilia’s story we are seeing and it is only Cecilia with whom we can empathise. There is no room for victim-blaming or excusing toxic behaviour as we have no choice but to trust Cecilia as our only real, tangible connection to the narrative.

White men are often unseen in society, particularly when committing crimes. Leigh Whanell amplifies that invisibility here and reminds us of how much people can get away with when they’re not being watched. Could it be that by obscuring the white male perpetrator, Whanell has also managed to circumvent some of our implicit biases? If audiences could see Adrian would teens on social media be touting him as a zaddy? Would we be reading fan-fiction about Adrian and Cecilia ending up together? This is the ultimate irony for short-sighted Adrian. In becoming unseen he is also unheard. He shrinks himself in a way that women are usually forced to do. This in turn means he isn’t given a chance to use his privilege to charm his way out of repercussions or convince authority figures of his innocence. The message is clear: by allowing herself to be vulnerable in being seen and heard, Cecilia claims the real power in the situation. Whannell’s invisible man is ultimately just as powerful as most mediocre white men who like people to refer to them as geniuses.